The New Scramble For Africa

Africa is a blessed continent with resources and biodiversity that would impress anyone. Africa’s history in Islam (while neglected) played a major role, it was home to the first country to welcome the Muslims and allow them to practice freely. After the spread of Islam trough traders, regions across Africa became hubs for knowledge and trade. The richest man in history hailed from Africa and was Muslim, and his name was Mansa Musa. The riches of Africa have always sought after. People from all over the world have aimed to to do business or exploit the blessed continent. Unfortunately, the history of Africa is filled with strife, bloodshed, slavery, and holocausts. This rings true till today. The purpose of this article is not to dwell on the past, be it Arab influence or colonization. The events going on today needs out attention, we have ignored the struggles of our Muslim brothers and sisters in Africa long enough.

The first major scramble for Africa was in the 19th century, when Europe carved it up like it was their property. The second was during the cold war, when East and West seek allegiances of newly independent African states. We are witnessing a third scramble that is less obvious, and more behind the scenes with “investments” and “wars”. It can be described as a cold war between China and America. 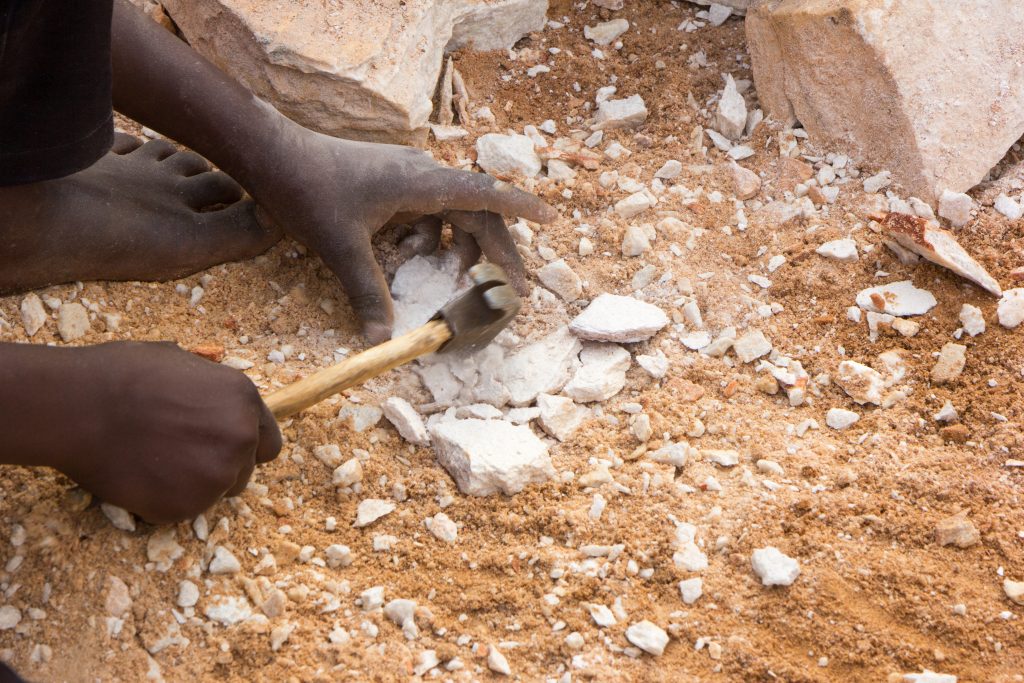 Some see the resources they have like oil, chocolate, rare earth minerals, diamonds, etc. as a blessing (investors mostly), but to the people living through this every day it is a curse. Oil or mineral dependent countries in Africa suffer from enclave industrialization, limited diversity in their economy, and vulnerability to price shock. While this is happening, they see decay in their agriculture, manufacturing, and other trades. The continent is still traumatized by five centuries of exploitation. It is no easy obstacle to overcome. What we are seeing will only get worse as oil production is expected to peak in 2025, world scarcity will increase, and we will see more wars around oil. For the last decade, China has been using “soft power,” basically using money for leverage. This comes in the form of aid, trade, infrastructure projects, and loans. This is a plot to make tem a superpower in the region. America, on the other hand, is doing what it has been doing since 1776, it is confronting Africa as a “battlefield,” basically running operations or anti-terrorism projects in dozens of countries that the American public is unaware of.

One example is South Sudan, and the American campaign to split the Muslim country of Sudan to two. Before the split, China reportedly had invested $20 billion in Sudan. With American interventions occurring, China watched the events unfold. After the split the newly inaugurated president of South Sudan flew to China to secure an $8 billion investment. By 2013, China controlled 40% of their largest crude oil producers and was importing 77% of the country’s output. After unrest and bloodshed occurring in Libya, Mali, Sudan, etc, China has established a stronger effort with peacekeeping officers to protect their oil interest. As one superpower implements one tactic, another superpower follows its traditional method. Last year in Niger, American soldiers, including two commandos, were killed. This was surprising to me as I was unaware of American military operation in Niger, one of the poorest countries in the world with Muslims making 98% of its population.

We have seen a dangerous rise of commandos in Africa. In 2006, under Bush, 1% of deployed commandos were in Africa, by 2011 under Obama it had risen to 3%. It does not stop there, before stepping down from office, in 2016, 16.5% of American commandos deployed were deployed in Africa.

In 2006, only 70 special ops were deployed across the continent, in 2014 we have 700 deployed special ops in Africa. “None of these special operations forces are intended to be engaged in direct combat operations,” said Assistant Secretary of Defense for International Security Affairs Robert S. Karem. Despite this declaration, despite the deaths of soldiers in Niger, U.S. commandos keep finding themselves in situations that are indistinguishable from combat.

In March of 2018, the New York Times released an article of 10 unreported attacks of American troops between 2015 and 2017. Despite these attacks and distrust towards the region, the Pentagon built a $100 million drone base in Agadez, Niger, regardless of the people’s concerns towards a base being built near their home. Our worldly desires is fueling this new scramble for Africa. Our need for resources, technology, and fuel comes at a cost. This cost manifests itself as the development of the rentier state (eventually developing into a kleptocracy across Africa, professional soldiers ruling the resource-rich lands or an expansion of the “war on terror”.

Here are a few theoretical solutions, some are to be initiated by the government and some rely on people-power movements. The government needs to reduce corruption and that can be done through a menu of policies created to control and maintain corruption. Controlling corruption can be done through; changing the selections of national agents, modifying the rewards and punishments systems, and restructuring the relations between national agents and users to reduce monopolies. Another venue the government can explore is directly distributing resource revenues to the people. This is practiced in Alaska, and has been wildly successful. Finally, the government can invest the resource revenues in social development. Harnessing the revenues for human development to include education, healthcare, job training, and housing will lift up the urban and rural poor.

The people can pressure the government to pursue any of those ideas mentioned. A power-people movement can look different depending on the need. One idea is that consumers in the West to boycott African minerals due to corruption and/or exploitation. This can develop into “smart boycotts” where we use internet hedge funds to attack corporations that exploit and feed into corruption. Developing campaigns like “blood diamonds” in the past have been proven effective to generate awareness and bring vital change. The same was done with the ivory, and now even China has laws making the product illegal.

People-power movements work and have helped locals rid of unwanted corporations in their region. Ken Saro-Wiwa, was a leader of the Ogoni people of the Niger Delta, he rallied against the abuses of the Nigerian military regime and the oil pollution created by multi-national companies, which resulted in a change of consciousness for the better.

In his words: “Whether I live or die is immaterial. It is enough to know that there are people who commit time, money and energy to fight this one evil among so many others predominating worldwide. If they do not succeed today, they will succeed tomorrow.”

The post The New Scramble For Africa appeared first on MuslimMatters.org.