Role of The Faqih: A Case Study In The Closures Of Mosques During COVID-19

When the announcement of the closure of mosques came in the UK, the Muslims divided into two parties; there were those who opposed this decision whilst others were in favor of this decision. Those against began to deem those mosques as not wanting good for the Muslims and as straying away from the sunnah whilst throwing all sorts of accusations against those scholars of Fiqh who issued this ruling. As for the second group who were in favor of the ruling, they cited medical benefits in closing down the mosques (i.e. preventing spreading) as well as applying their logic to the situation. Before delving deeper into this issue, we need to first understand who the Faqih is, as well as what power of authority the Fuqaha have in Islam.

Who is the Faqih?

In traditional Islamic scholarship, the Faqih is the scholar who specialises in the field of Fiqh (Islamic jurisprudence). This speciality does not come over night, but rather through many years -perhaps even decades- of studying, training and then applying those skills developed, as with an any other field of profession. The student of Fiqh begins by studying the basics of the Shari’ah through studying a number of primer texts at this level. This level of study will normally be done based upon a single Madhab (school of thought) and can take up to a year or two depending upon the speed of their teacher. Once the student becomes prolific and understands the rulings of Fiqh of a particular Madhab, they will then move onto the second level, known as Marhalatu At-Tadleel (the level of evidences). This second level will allow a person to now look at the various rulings that they had learnt in level one and analyse the evidence that these rulings are based on. The next level up is Marhalatu Al-Muqaran (the level of comparative jurisprudence). At this stage, a person begins to learn about the different schools of thought and how they differ in their rulings, along with analyzing the evidences for these differences in opinion. This stage of study is the most vital as it can take anything between three to five years. The final level then is Marhalatu At-Takhasus (the level of specialisation) by which a student of Fiqh spends a year or two gaining the tools in analysing Islamic jurisprudence, enabling them to issue a ruling based upon a specific circumstance. The years spent to successfully complete each level may differ from teacher to teacher, or from institute to institute.

Now the question arises: those who dispute or speak ill of the scholars of Fiqh for their ruling, which level are you at (that is if you have started!)? After all these years of study, you will find that the true Faqih is tolerant and easy going in issues where legitimate differences of opinion exist and that is because knowledge truly humbles you. As for the person who has studied very little Fiqh however, you will find them rigid in their approach. 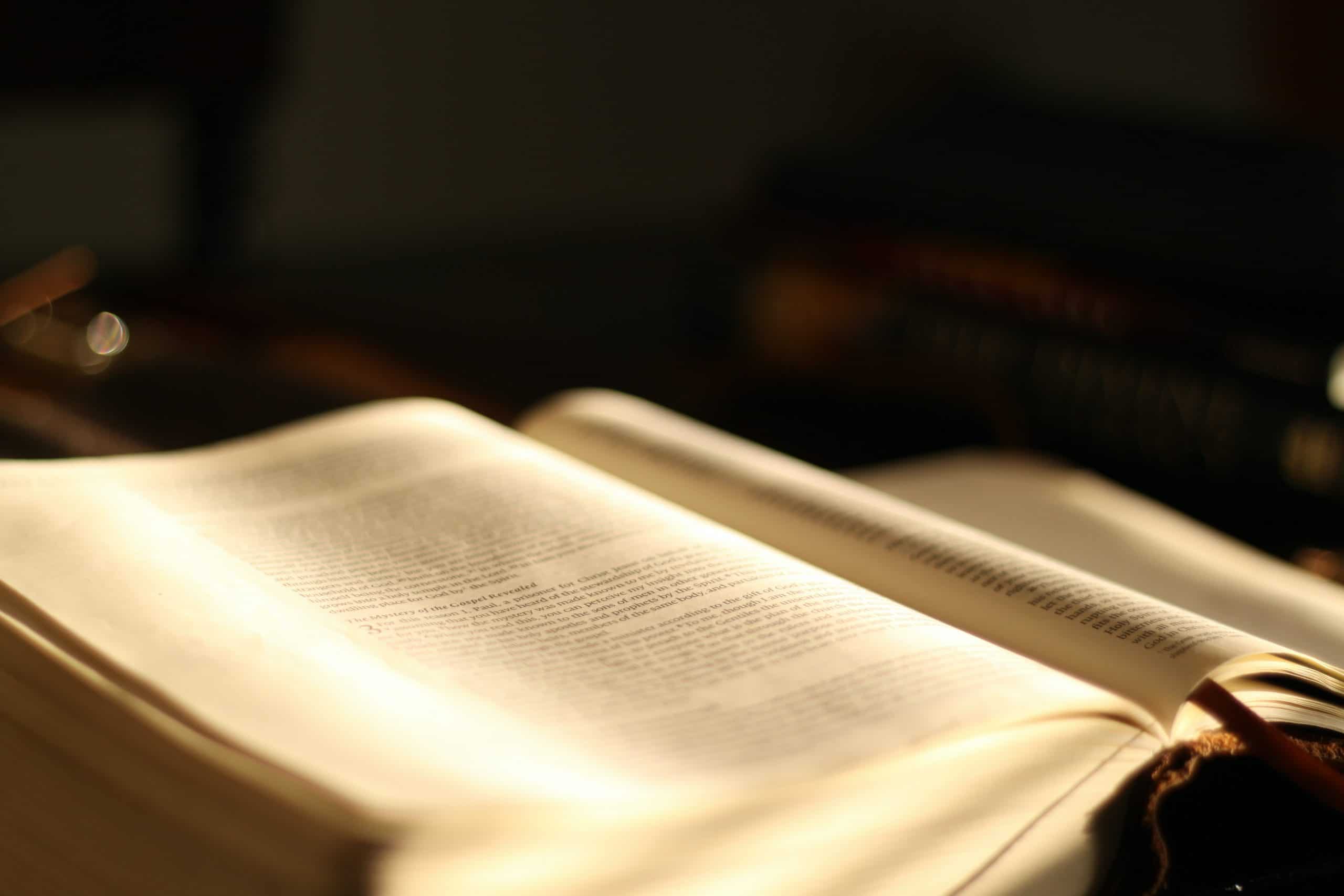 When a Faqih issues a ruling, not only do they rely upon the science of Fiqh in deducing that ruling, but they will use a number of other sciences to support their extrapolation. As mentioned previously pertaining to the ‘level of specialisation’, the student of Fiqh gains some tools: these are grasping an understanding of those supporting sciences; Usul Al-Fiqh (Foundations of Islamic Jurisprudence), Qawaid Al-Fiqh (Principles of Islamic Jurisprudence) and Maqasid Ash-Shari’ah (Objectives of Islamic Law). A true Faqih will use all of these sciences to arrive at a ruling. We have the perception that when a Faqih issues a ruling, they pull it out from their back pocket, but no, a lot of work goes into this. If we now apply this to the issue of the closure of the mosques due to COVID-19, let us analyse this issue.

In the science of Qawaid Al-Fiqh, we have a principle known as ‘Dar Al-Mafasid wa Jalb Al-Masa’lih’ (warding off the harms and bringing the benefit) which essentially entails ‘weighing the pros and cons.’ An action or item may be deemed impermissible due to the overwhelming harm it may bring even if it brings some sort of benefit. An easy example to understand this principle is the issue of alcohol which Allah

spoke about within the Qur’an:

acknowledges that there is some benefit within alcohol, but Allah

mentions that it also contains evil, meaning it has its harms. A person who consumes alcohol becomes intoxicated whilst their intellect becomes tainted; they lose control over their speech and actions, potentially leading them to commit horrific sins such murder or fornication. How many crimes do we see being committed due to the effects of intoxication? In another mode of recitation, this verse replaces the word كَبِيرٌ (great) to كثير (many). Both recitations are valid, and from the beauty of the science of Qiraat in showing the miraculous nature of the Qur’an, is that the different modes of recitation complement one another. Not only is the evil contained with alcohol great, but it leads to many types of evil. So because of this greater harm over the benefit, alcohol is impermissible in Islam.

If you look specifically at the issue of the closure of mosques, there is benefit in keeping them open during COVID-19: people will be able to come and worship Allah

together, boost their Imaan, benefit from the Jumu’ah khutbah, strengthen brotherhood and sisterhood but at the same time, there are harms attached with this. Keeping mosques open could allow the mixing of people to cause the virus to spread amongst each other (carriers spreading it to those who are healthy) which could potentially cause death. At this juncture, I want to bring in another related science of Islam: the science of Maqasid Ash-Shari’ah. This science outlines the objectives of Islam and presents them as five:

All of the laws of the Shari’ah are based upon achieving these five objectives. For example, the Shari’ah prohibits a Muslim from visiting soothsayers or practising magic because it involves kufr which can destroy a person’s faith. In another example, why did Allah

forbid fornication and adultery? If a child is born out wedlock, the lineage is destroyed, thus not fulfilling one of the objectives of the Shari’ah. The earlier example of the prohibition of alcohol is a means of preserving one’s intellect which is objective number four in the science of Maqasid Ash-Shari’ah. Moreover, an illustration of Islam’s preservation of a person’s wealth is the prohibition of ambiguous business transactions like that of gambling because a person is uncertain of how much they will gain. When a buyer and a seller meet to trade, the price and the product/service must be clarified for both parties to understand and have full acknowledgement of; it is impermissible for a person to pay for something in return for an ambiguous product or service.

One of the objectives of the Shari’ah is to preserve life. The coronavirus has proven to be a fatal and we have recently seen that it does not differentiate in attacking between the young, old, sick or healthy; everyone is susceptible. Anyone who contracts it can find them self in a life-threatening situation. So yes, keeping mosques open during this pandemic has its benefits, but the harms it brings is far greater, and the sciences of Islamic jurisprudence dictates that if harm is greater than the evil we must leave or push away that harm.

Learning from the Seerah

During the lifetime of the Prophet

, the scholars of Seerah state that the Jumu’ah prayer was made obligatory in Makkah, however despite this the Prophet

never offered the Jumu’ah prayer in those 10 years until he migrated to Madinah. When he came to the boundary of Madinah -what we know today to be Quba- the Prophet

offered the first Jumu’ah prayer in Islam. The scholars mentioned that from the reasons the Prophet

was due to the hostile environment created by the pagan Arabs against Islam. The Prophet

. Similarly, we too must be patient upon the decree of Allah

was -and still is- the best human being created by Allah

and the most God-fearing, yet he had Fiqh to understand his situation and the circumstances around him. This is how the Faqih has been trained to pass his rulings. Even if you look within the books of Islamic history, when life-threatening plagues would hit the Ottoman empire, the mosques would close so as to prevent the plague from spreading and taking lives. Yes, it causes us emotional pain to see the mosques closed because of our love and attachment to the House of Allah

but our religion is not based upon emotions, rather upon evidence and principles.

If we fall ill, we would take the advice of a medical doctor because we know that they are specifically qualified and trained to deal with our health. However, when a Faqih, known for their credibility and truthfulness within the science of Fiqh explains an issue, why do we brush them off?Click To Tweet Yes, we can seek further elaboration, but dismissing them without a just or valid reason is something which Islam is most certainly against.

The objective of this article is to provide a small insight into the role of the Faqih and how they operate with the amazing and vast science of Fiqh in order for us to achieve greater appreciation for the sciences of Islam and the roles played in delivering those sciences to the general Muslims. Our religion mandates that we take knowledge from credible sources and people. During this pandemic, it is essential we take medical guidance from qualified doctors and experts, and as for Islamic guidance, we take the advice of qualified scholars and Fuqaha. When a new contemporary issue arises facing the Muslims, abstain from being the first to speak regarding its rulings, but rather wait for the bona fide Fuqaha to speak and thereafter, seek guidance and clarification. For as Allah

mentions within the Qur’an:

فَاسْأَلُوا أَهْلَ الذِّكْرِ إِن كُنتُمْ لَا تَعْلَمُونَ
“So ask the people of knowledge if you do not know.” [Surah Anbiya; 7]

The post Role of The Faqih: A Case Study In The Closures Of Mosques During COVID-19 appeared first on MuslimMatters.org.