Netflix released Season 1 of a new thriller series called “Messiah”. The series imagines the emergence of a character claiming to be sent by God, the Messiah, or Al-masih (messiah in Arabic) as he is referred to in the television series.

This so-called Al-masih first emerges in Damascus at a time when ISIS is about to storm the city. He then appears in Palestine, Jordan and ultimately America. Along the way, he performs miracles and dumbfounds the Israeli and American intelligence officers charged with tracking him and figuring out who is enabling him. The season ends with a suggestion that he is truly a divine man, with the ultimate miracle of reviving the dead.

The entertainment value here is quite limited. Some stretches of the series are just flat or straight out boring, and the acting is not all that great. However, the series does create an opportunity for discussion about Muslim eschatology (the knowledge of the end of times), response to fitnah (faith testing tribulations) and Muslims portrayal in and consumption of entertainment media.

The series shows some sophistication in the portrayal of Muslim characters relative to what people have been accustomed to with Hollywood. Characters that are situated in the Middle East are performed by actors from that region who speak authentic regional Arabic (including Levantine and North African dialects). The scenes appear authentic. While this is progress, it is limited, and the series falls into oversimplification and caters to typical stereotypes. While several Muslim characters draw the viewers’ empathy, they are not used to provide context or nuance for issues that the series touches on: ISIS, refugees, the Israeli occupation and suicide bombings. The two American Muslim characters are never really developed. In fact, all Muslim characters tend to be “flat” and one dimensional. This is in contrast, for example, to American and Israeli characters which appear multi-dimensional and complex, often dealing with personal challenges that a Western audience is likely to identify with (caring for an aging parent, mourning the loss of a spouse, balancing career and life, dealing with family separation, abortion, etc.). While Muslim characters are shown as hapless refugees, terrorists, religious followers, political activists, a university professor and student, their stories are never developed.

The show repeatedly refers to Jerusalem as Israel’s capital. There is also consistent normalization of Israeli occupation and glorification of the occupying forces.

Orthodox Muslims affirm a belief in “the signs of the End of Times, including the appearance of the Antichrist, and the Descent of Jesus

the son of Mary

, from the celestial realm. We also believe in the sun’s rising from the west and the appearance of the “Beast of the Earth from its appointed place” [1]. Dr. Omar Al-Ashqar gives a detailed review of the authentic narrations regarding the signs of the end of times in his book Al-Qiyamah Al-Sughra [2]. When it comes to actual figures who will emerge in the end of times, Sunni scholars generally affirm the following:

warned that the fitna of Al-Dajjal will be the most severe ever. In a hadith narrated by Ibn Majah and others, the Prophet

is reported to have said, “Oh people, there has not been a fitna on the face of the earth, since God dispersed the progeny of Adam, greater than the fitna of Al-Dajjal. Every prophet of God warned his people from Al-Dajjal. I am the last prophet. You are the last Ummah. He will appear amongst you no doubt!”

Al-Dajjal comes after a period of famine and drought. He will be one-eyed and will claim to be God. Believers will recognized a mark or word of disbelief on his forehead. He will perform many miracles. He will endow those who follow him with material prosperity and luxury, and those who deny him will be inflicted with deprivation and suffering. He will travel at high speeds, and  roam the whole world, except Makkah and Madinah, which he will not be able to enter. He will create a heaven and hell, command rain, the earth, animals, and resurrect the dead – all supernatural occurrences that he has been afforded as a trial and test for others. The Prophet Muhammad

went as far as encouraging us to flee from confronting him, because it will be a test of faith like no other.

Reflections on the series and lessons to be learned

The Prophets and the righteous are not tricksters and riddlers.

The Netflix series portrays the character ‘al-masih’ as someone who speaks cryptically; it is never clear what he is teaching and why. He leads his followers on long physical journeys without telling them where they are going or why. He speaks in riddles and tortures his followers with mental gymnastics and rhetorical questions.

On the other hand, a true prophet of God offers real guidance and brings clear teachings and instructions – the Prophet Muhammad

spoke clearly to his followers, he taught them how to worship Allah

alone, to be just, to uphold the ties of kinship, to look after one’s neighbour, and so on. He did not abandon them in a state of confusion to fend for themselves. Moreover, “al-masih” deceives his followers by concealing his true name (“Payam Golshiri”) and background – something a righteous person would never do, let alone a prophet.

What Netflix got right and what it got wrong

will descend in Damascus). However, the character is eventually revealed to hail from Iran. A number of ahadith refer to Al-Dajjal first appearing in Khurasan, which is part of modern-day Iran. He poses as a righteous person, but it is revealed that he doesn’t pray at all. He quotes religious scripture, but only to service his cryptic speeches. That Al-Dajjal would pose as a religious person would not surprise Muslims, since some hadith mention he will emerge from the remnants of the Khawarij, a heterodox group known for overzealousness and fanaticism [3]. Al-Dajjal travels the world at fast speeds, disappearing from one land and appearing in another, just as the character in the series does. 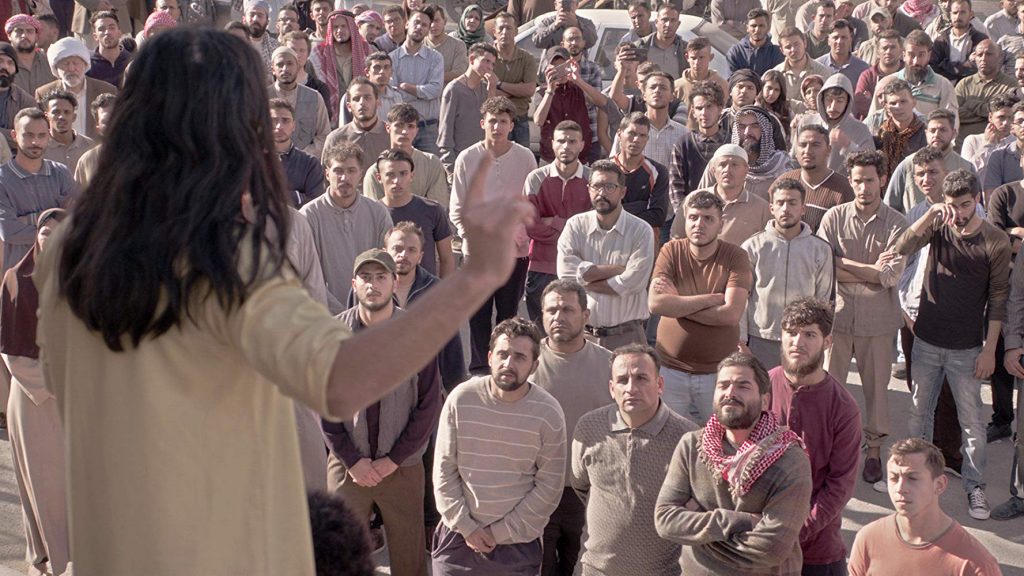 However, numerous features of Dajjal would make his identity obvious to believers, not the least of which is that the word ‘disbeliever’ will be written – whether literally or metaphorically (scholars differ) – on his forehead in such a manner which even those unlettered would be able to read. Physically, Dajjal is a short man, with a deformity of his legs, and one of his eyes is likened to a “floating grape”, sightless, and “green like glass”. The Prophet is said to have focused on these physical features because they are so manifest and eliminate any confusion.

. Imam Mahdi is prophesized to fill the world with justice and rule for seven years, after which Dajjal will emerge. While the Muslims following al-Mahdi are taking shelter in Damascus, Prophet Esa

The best safeguard is to have sound knowledge of theology and law, and to have our iman rooted in revelation and reason. For example, the most basic understanding of Islamic theology would lead us to reject any man who claims to be God, as Al-Dajjal will claim. With basic Islamic knowledge and reasoning, we would know that Allah does not manifest in human-like form, much less one that is deformed, as Allah is the all Powerful and Perfect. Could it be that at the end of times even such essential Islamic knowledge is lacking?

Al-Dajjal deceives people by his miracles and supernatural abilities. Our iman should not be swayed by supernatural events and miracles. We should measure people and ideas according to their standing with the Shari’ah. We must keep our heads level and not be manipulated because we cannot explain an occurrence.

Al-Dajjal also lures people by his miracles and by his ability to give them material prosperity, comfort and luxury. We must tie our happiness and sense of satisfaction to eternal spiritual truths, not to the comforts of this life, and be willing to give up what we have for what we believe. We should live simply and not follow into the path of excessive consumerism and materialism.

Another important consideration is not to base our connection to Allah

on another human being (except the Prophet Muhammad

. Scholars, celebrity preachers, imams and teachers are all prone to error and sin. We must use the Shariah and the Prophet Muhamamd’s

character and teaching as the filter by which we evaluate them, not the other way around. Despite his obvious deformities, the Antichrist will be a mesmerizing blinding celebrity, but whose falsehood will be uncovered by believers who make judgements based on loyalty to principle, not personality. 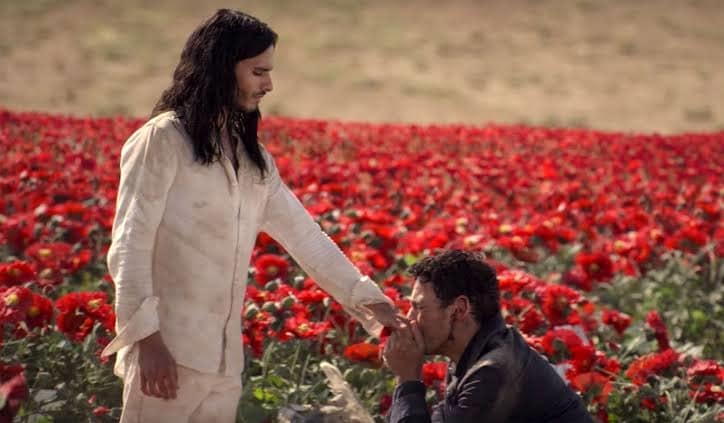 Is it time to live on a remote mountain?

. The Prophet likened the difference between his time and the Day of Judgement as the difference in length between the index and middle fingers. However, before we sell everything and move to a remote mountain, let’s exercise care in projecting Islamic eschatology on the political events of our times. The reality is that no one knows when these things will happen. Explaining the current phase in our history away by end of times theories or conspiracy theories, are simpleton intellectual copouts that lead our Ummah away from actively working towards its destiny. Anyone who has claimed that this event (remember Y2K) or that event is a major sign of the Day of Judgement has been wrong, so far. There were scholarly guesses in the early centuries of Muslims that expected the Hour 500 years after the Prophet’s

death. Yet, here we are. No one knows.

The best you can do is stay calm and make salat!

Muslims and the entertainment media

This increased sophistication and the apparent familiarity with Islamic sources exhibited by Messiah producers should lead us to value the importance of producing accurate, authentic and polished material and content about Islam and Muslims and our community’s role as a source of information.

It is also important for Muslims to produce works for the mass media and entertainment industries. This is no longer the era of the sole MSA Da’wah table. Sophisticated, entertaining and authentic media production is an imperative for modern Muslims.  When we don’t tell the story, someone else will.

Make it a Netflix Night?

We may refer to it as Fitnaflix, but let’s all admit that we cannot avoid television and the entertainment industry, for better or for worse. We can however moderate, guide and channel its use. Start breaking the isolation in which many of our children and young adults consume media. Families should watch TV together and use it as an opportunity to model how we select appropriate material and to create teaching and discussion moments. Parents should know what is influencing their kids even if they don’t like it.

Some parts of the series Messiah, despite its flaws (and an explicit sexual scene in episode 9, not to mention profanity), could be used as a teaching moment about trials and tribulations, the end of times and the importance of Muslims engaging in the entertainment industry in a principled and professional manner.

Ed’s note: Much of the series’ content is R-rated. Besides depictions of terrorism and other mayhem, sexual activity and brief rear nudity are shown. Mature themes include abortion, adultery, infertility and alcoholism.

The post Messiah, A Fitnaflix Production appeared first on MuslimMatters.org.