Imam Omar Suleiman made a special appearance at a Texas rally for the supporters of Democratic presidential candidate Sen. Bernie Sanders. In his speech this February 16th, Imam Omar Suleiman  called for “[a]n America of safety, dignity, love and unity. An America where we uplift our most vulnerable, celebrate our diversity, and unlock our collective genius.”

The video of the full speech may be viewed on his official Facebook page.

When asked whether his presence at the Sanders Rally served as an official endorsement of Sanders by Iman Omar Suleiman, he responded on Instagram, “Not an endorsement just yet, but genuine appreciation for his time, listening, and authentically engaging the community.” 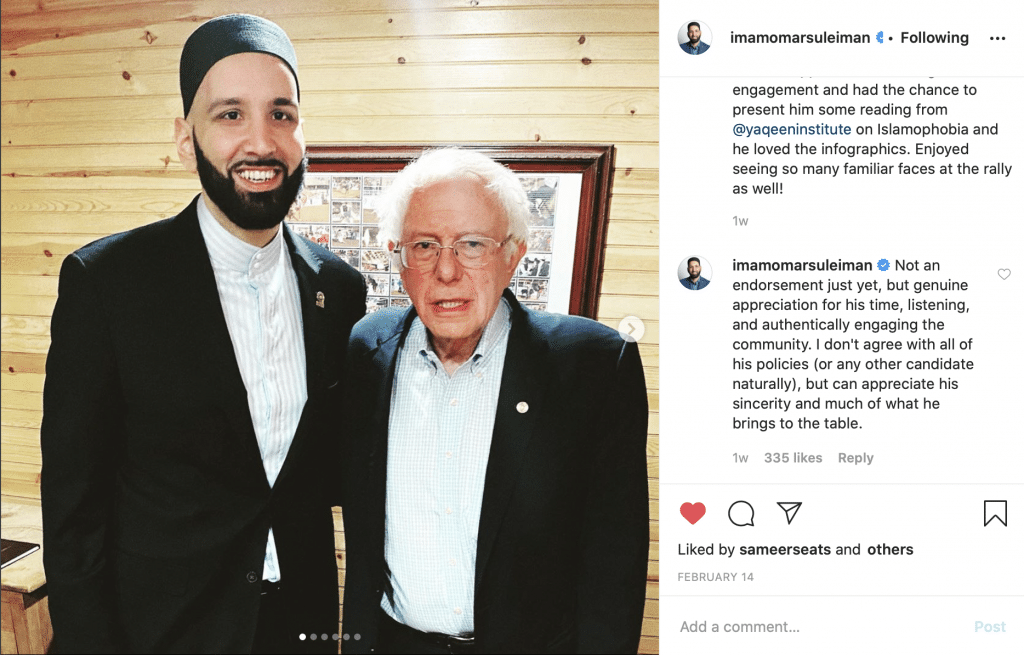 Although Imam Omar Suleiman has not endorsed any specific candidate, he has previously stated,

“I don’t believe in uncritically adopting a platform, or letting a party take advantage of our vulnerability. We need to challenge Democrats just as strongly as we do Republicans, while remaining independent and principled. We have a right to an agenda like any other community. Politicians should have to work for our vote, and we shouldn’t shy away from where we differ with candidates even when we vote for them.

You can read my article on voting here in which I lay out those principles.”