WHATSAPP NEWSFLASH: Mosques to be indefinitely closed across the country for all prayers!

As I crept out of bed, I could hear the imam at my neighbourhood masjid recite the Qur’an melodiously in prayer. And then a sad thought engulfed me – this would be the last Fajr Jama’ah (congregational) prayer for days to come.

And no more Jumu’ah!

This shocking WhatsApp message was followed by videos, audios, and writeups from imams across the globe who admitted that they broke down in tears at this news of mosque closures in their country, fearing that Allah

’s displeasure on humanity could perhaps be the reason that was leading to this pandemic and now this worldwide shutdown. These fears were also echoed in our young imam’s words when he described this closure as the saddest day of his life.

I am not a 5 times-a-day masjid-goer. As a woman, it is not fardh on me to attend prayers at a masjid. However, living in a Muslim-majority country close to a masjid means being able to listen to the Adhan and the Iqamah, LIVE, five times a day. From the comfort of my home. It’s a blessing being able to respond to these calls of prayer and thereby getting blessings and rewards for it. These calls to prayer remind the men in my family to rush to attend congregational prayers and reap its massive rewards.

Having lived the most part of my life in a Muslim-majority in the Gulf, the Adhan and Iqamah are also the most natural sounds of my daily life. Therefore, having to listen to a shortened Adhan commanding the believers to pray in our homes that day, Dhuhr onwards and thereafter no Iqamah feels surreal, to say the least.

While the Shahadah is reiterated even in the shortened Adhan, what I miss the most are the words, “Hayya ‘Ala As-Salah, Hayya ‘Ala Al-Falah (Come to Salah, Come to Success)”.

Five times a day, I was so used to hearing these words urging the believers to hasten to prayer that would bring perpetual prosperity. From Tuesday onwards, I began to actually question myself as to how much I truly equated success with Salah. I also miss responding to those words of the Adhan with the words “La Hawla Wa La Quwatta Illa Billah (There is no might or power but with Allah)”. In hindsight, I have to admit that like many of my Muslim brothers and sisters, especially those living in Muslim countries, I too had taken the Adhan and the Iqamah for granted.

As one of the world’s continuously resounding sounds, these calls to prayer are the most distinctive feature and clearly experienced symbol of Islam for more than 1000 years. Starting with the testimony of the Shahadah, the Adhan and thereafter the Iqamah helps both Muslims and non-Muslims bring to mind the very essence of Islamic beliefs and the importance of living our lives dedicated to the remembrance of the Almighty.

My husband tells me of a colleague, Mr. Lee, who was visiting a Muslim country for the first time. He recalled how captivated Mr. Lee had been by the tuneful Adhan when he first heard it and how he wanted to know what it was all about. Those melodious words eventually led him to enquire and learn more about Islam.

Although alarm clocks and mobile phones are sufficient to remind us to pray these days, both the Adhan and the Iqamah are proclamations of the greatness of Allah

, of how we need to hasten to make Salah and how through Salah, we can attain success. Brothers and sisters, think about it!

If we are able to hear the Adhan and then the Iqamah being pronounced 5 times a day, it is as if we are announcing to the world that ours is a Muslim country or at least a country where Muslims are free to practice the Sunnah of the beloved Prophet Muhammad

and live their lives freely according to the dictates of Islam.

While the reasons for the shortened Adhan, no Iqamah and cancellation of the daily/weekly community prayers that are being enforced today worldwide are completely legitimate, it’s the actual and indefinite closure of the mosques worldwide that’s disturbing.

In effect, here’s what we would be actually missing in the coming days (Hadith references at the end of the article):

* The opportunity to make dua’ to bring light upon ourselves, to have the doors of His mercy opened to us and to ask for His abundant blessings upon us while walking to and entering/exiting His house

* The rewards of the Jam’aah prayers – 25 to 27 times more reward than individual prayers prayed at home or in the marketplace!

* The chance to engage in congregational dua’a and istighfar

As it is rightly said, “We only realize the value of a thing when it is lost.” So how could we bring back the value and reward of attending jama’ah prayers? I was deep in thought when I came across this Hadith,

“Worship in a time of turmoil is as if he had emigrated to me.” (Source: Ṣaḥīḥ Muslim 2948). What a fantastic thought to keep being motivated to perform acts of worship during difficult days! 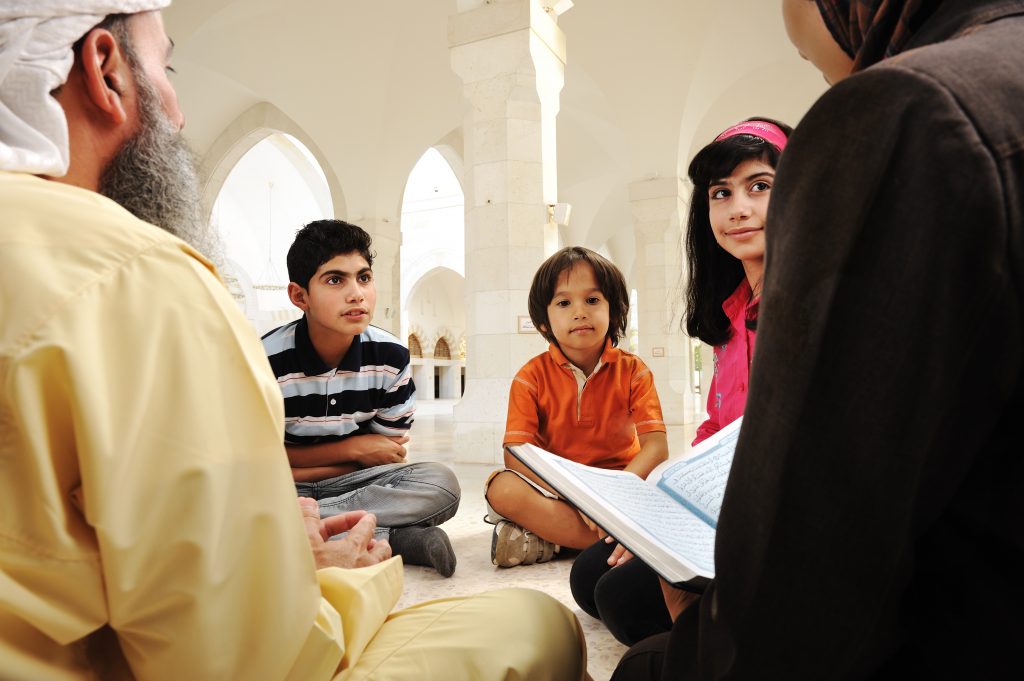 Therefore, here’s what I researched and came up with to avoid missing out on the above rewards (wherever possible, detailed references have been included at the end of the write-up):

Finally, it pays to remember the Sahih hadith that states that acts of worship during times of difficulty/illness/travels are rewarded similarly as when done at home in times of good health and ease. Therefore let us set good intentions and act upon them by doing good deeds as much and whenever we can in our good times, so as to continue reaping the rewards during our difficult days.

guide us, forgive us and keep us all steadfast on His Deen, Aameen!

Lisha Azad is a children’s author with four published books, a freelance writer with hundreds of articles, features, opinion pieces and interviews published in the past 20-plus years in the Middle East.

The post Doors Of Mercy Are Open | Worship In The Days of Closed Masajid appeared first on MuslimMatters.org.