Convert Story: To Ask Or Not to Ask, That is the Question

It is important to acknowledge that the majority of “born Muslims” who ask this question do such out of good intentions. For this reason, I wrote this piece out of a place of love and not out of a place of judgment or hatred. While it is important for “born Muslims” to be mindful of how they ask this question, it is equally important for converts to not hold ill will towards born Muslims who ask this question. Due to the fact that Islamophobia is rampant in both the media and political discourse, many “born Muslims” are naturally shocked and emotional when they meet people who accept Islam. Some “born Muslims” have also had limited interactions with converts and therefore, to them, it is not only shocking for them to meet converts, but they are genuinely unaware of certain etiquettes when it comes to asking a convert for his or her story.

In this piece, I am going to write about a pet peeve that is shared among many Muslim converts. While I cannot speak for every single convert, I can say that based on innumerable conversations I have had with fellow converts, there is one thing most of us agree on and it is this; it is rude to ask a convert about his or her conversion story when you haven’t built a relationship with the convert. This piece will explain why many converts consider such a question to be intrusive. The purpose of this article is to better educate the “born Muslim” community on how they can do a better job in support of converts to Islam. In this piece, I will break down the reasons why this question can come off as intrusive if it isn’t asked in a proper manner. I will also include personal anecdotes to support my position.

I would like to conclude by saying that I do not discourage “born Muslims” from asking this question entirely, rather I am merely arguing that this question should be asked with the best of adab.

Note: For the sake of avoiding confusion, the term “born Muslim” is defined as anyone who was brought up in a Muslim household.

To ask a convert “Why did you convert?” is to ask about the person’s personal relationship with God

Within the context of a friendship, it is generally understood that friends will share personal details with each other. However, it is also generally understood that it is rude to ask people you just met personal questions. To ask a new acquaintance a personal question in most cases comes off as intrusive. This is especially the case in which you ask a person about his or her relationship with God.

For example, there are women who do not wear hijab. Even if we do (for a moment) ignore the Islamic ruling concerning hijab, we should all agree that a woman’s reason for wearing (or not wearing) hijab is a personal matter that is between said woman and God. If one was to ask a woman who doesn’t wear hijab why she doesn’t wear it, that would be intrusive because such a question would involve interrogating said woman about her relationship with God.

Another example concerns a married couple. If one was to meet a married person for the first time, it can be considered rude to ask said person about his or her relationship with his or her spouse.

I am not saying that it is wrong in all cases to ask such a question. However, one should be mindful of the fact that because this is a personal question, one should have at least have built some form of a friendship with said person before asking. 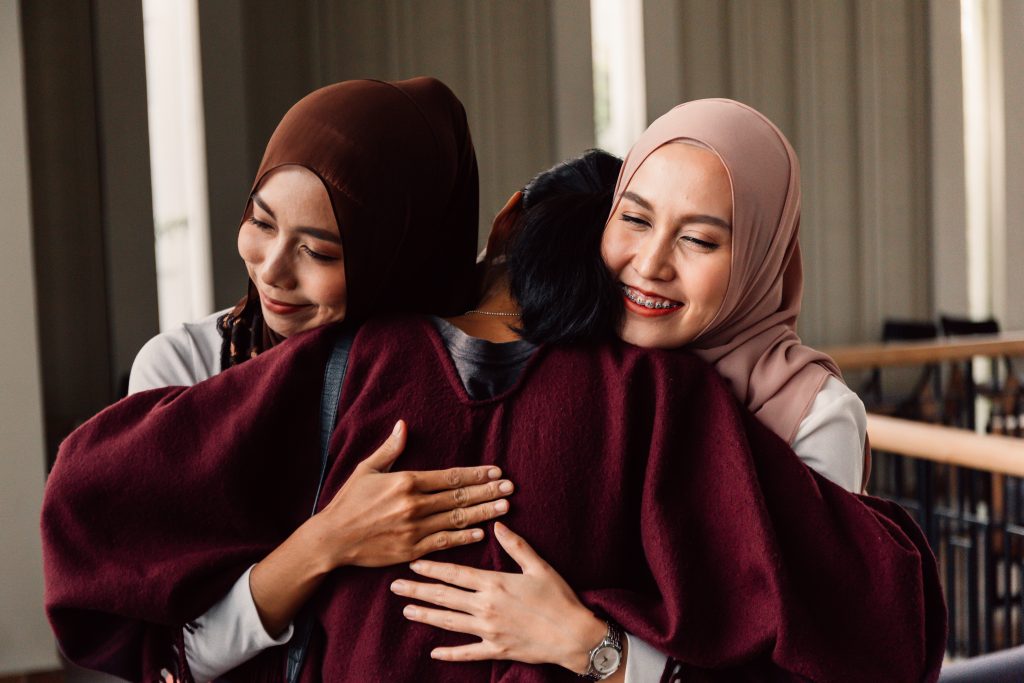 To ask a convert “Why did you convert?” is another way of asking, “Why do you believe in Islam?”

Many people identify to a faith tradition because it was part of their upbringing. If you were to ask a person who was born Muslim, “why are you Muslim?” you might hear said Muslim respond with, “I am Muslim because I was raised Muslim” and you wouldn’t hear a detailed answer beyond this.

In most cases, a convert to Islam (or any other religion) did such after research and critical thinking. To convert to a new religion involves not only deep thinking but a willingness to step into the unknown.

I have on many occasions told my story to people. In most cases I will ask the person “why do you believe in Islam?” I am then disappointed when I find out that the only reason the person is Muslim is due to upbringing. While I am not saying that said person’s faith is invalid or less than mine, a person who only identifies with a religion due to upbringing is a person who didn’t engage in critical thinking.

Again, while I am not saying it is wrong in all cases to ask, a born Muslim should ask himself or herself “why do I believe in Islam?” In my opinion, there are many who are born into Muslim families who don’t truly believe until later in their lives. Those Muslims in my opinion (and mine alone) are similar to converts.

To ask a convert “Why did you convert?” is to ask the convert to perform labor.

In some cases, “born Muslims” expect converts to tell their stories. I can remember a few incidents in which I have been asked to tell my story and I politely declined. In response, the person became angry. This to me is a symptom of entitlement. Nobody is entitled to know anything about anyone else (aside from people with whom one has a natural relationship with).

In addition, one should be cognizant of the fact that converts typically get asked this question repeatedly. Thus after a significant amount of time, a convert is prone to get tired of repeating the same question over again repeatedly. Naturally, it can become exhausting eventually.

To ask a convert “Why did you convert?” is to ask the convert to explain his or her personal life.

Backbiting is one of the worst sins in Islam. Another major sin is to disrespect one’s parents. Thus we can conclude that backbiting about one’s parents is a huge sin.

This is evidenced by the fact that Allah has said (ﷻ) “We have enjoined on humankind kindness to parents.” (Quran 29:8)

A typical follow-up question to “Why did you convert?” is “How did your parents react?” This in many cases puts the convert in a position where one may feel pressured to mention some negative details about his or her parents. In Islam, parents are to be respected, even if they aren’t Muslim.

Before asking a convert this question, one should be mindful of not putting unnecessary pressure on the convert to commit this injustice. 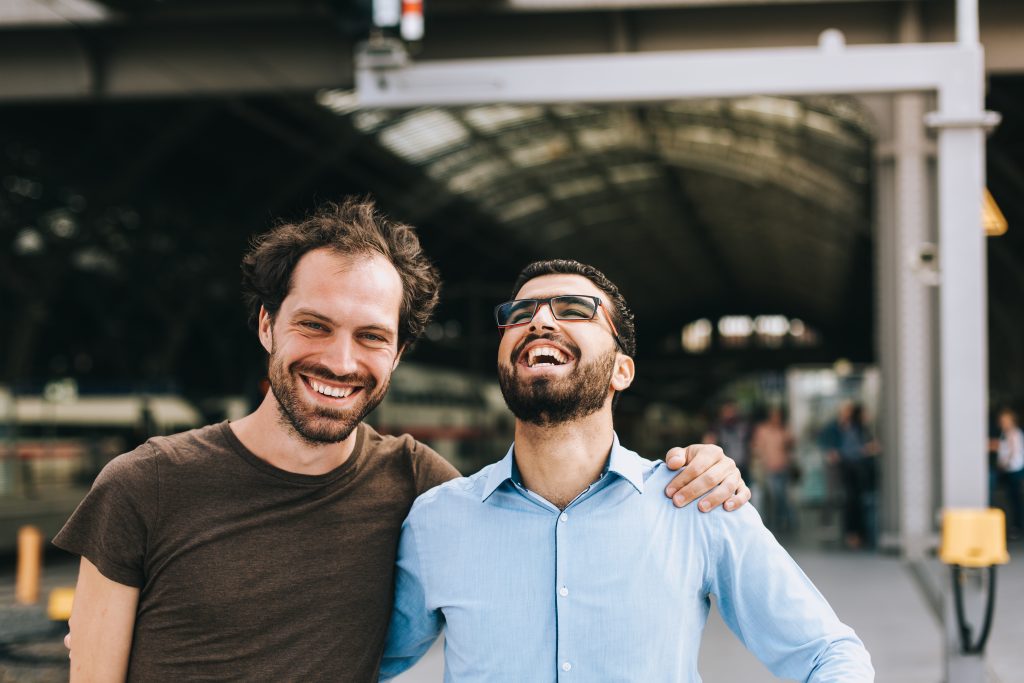 Cases when it is appropriate to ask

However, I do maintain a firm belief that in any true friendship, things will be shared. I don’t think it is wrong in itself to ask a convert about his or her story provided that there already exists a relationship where personal information can be shared. It is highly suggested to hang out with the person first and then ask the convert for his or her story.

The reason I am also hesitant to share my story with just anyone who asks me is because I can think of countless cases of when I have shared my story to people I have never seen or heard from again. I choose to exert my agency to share personal details of my life to people who I consider to be part of my life. While many Muslims are happy when people convert, many Muslims also fail to provide any form of support for said convert after conversion. I have seen too many cases of when a person recites shahadah, people pull their phones out to record it, but very few will give the convert his or her number. I genuinely believe that many “born Muslims” fail to see the big picture in this regard.

While I have addressed concerns about the tendency of “born Muslims” to ask converts about their journeys, I want to acknowledge that most people have good intentions. In Islam, the natural state of any person is one of righteousness.

I firmly believe that a friendship that isn’t built on trust and the sharing of personal information isn’t a genuine friendship. Therefore the key term in this context is “friend”. If you wish to ask a convert his or her story, please make sure the following conditions are met:

The post Convert Story: To Ask Or Not to Ask, That is the Question appeared first on MuslimMatters.org.